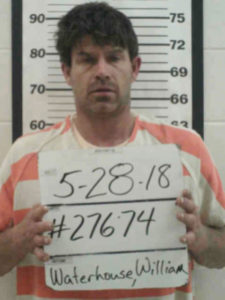 A 47-year-old man is accused of kidnapping and sexually assaulting a teenage girl.

Jasper County Sheriff’s deputies arrested William Waterhouse of Collins early Monday morning after the victim said she was sexually assaulted at his home. The girl reported that she had accepted Waterhouse’s offer of a ride to her mother’s home in Des Moines, but he instead took her to his home.

Waterhouse, who is also facing several drug charges, is being held in the Jasper County Jail