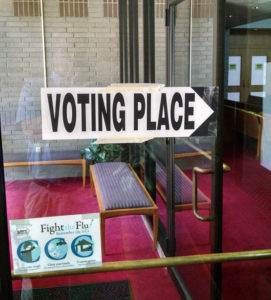 Early voting in this year’s Iowa Primary Elections is out-pacing activity in 2014, the last non-presidential or so-called “mid-term” election year.

In 2014, Iowa voters could begin casting absentee ballots on April 24th — 40 days before Primary Election Day. The Republican-led legislature shortened the early voting period by 11 days, so May 7th was the first day Iowans could vote by absentee ballot this year.

The Iowa chapter of the League of Latin American Citizens is filing a lawsuit challenging the new state law that not only shortened the time frame for voting early, but also requires voters to show some form of state-sanctioned identification at the polls.