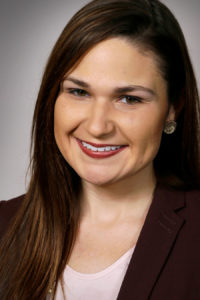 There are congressional contests on the ballots in Tuesday’s Primaries. In the first congressional district, four Democrats are competing to run against Republican Congressman Rod Blum of Dubuque this fall.

Democrat Abby Finkenauer of Dubuque would be the youngest woman ever elected to congress. She’s 29 years old and has been a state legislator for the past three and a half years. Finkenauer has raised more than a million dollars for the race. Finkenauer’s campaign ads stress her working class roots and feature her family.

Thirty-four-year-old Thomas Heckroth of Cedar Falls is the other candidate in the race who’s raised enough money to introduce himself to voter with campaign ads. Heckroth is a former aide to Senator Tom Harkin. He also worked in the U.S. Department of Labor.

The other two candidates in the race are George Ramsey of Marion and Courtney Rowe of Cedar Rapids. Ramsey is a former police officer who retired after a 31-year career in the Army and Army Reserve. Rowe is an aerospace engineer who has been active in local campaigns and party activities.