You are here: Home / News / Iowa Senators not happy with report of retroactive refinery waivers 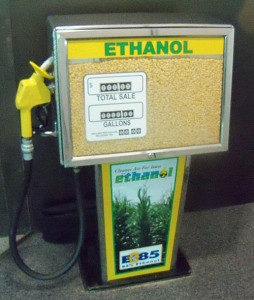 Iowa’s two U.S. Senators are not happy about a new report that says the EPA granted retroactive waivers to refineries to allow them to get around the requirements for blending ethanol in gasoline under the Renewable Fuel Standard (RFS).

Republican Senator Chuck Grassley talked about the issue during a meeting at Northwestern College in Orange City. “We’re guaranteed from the White House that these waivers would be hardship waivers only. But there’s been some news out in the last 24 hours that it’s even worse than we thought it was,” Grassley says. “Evidently the Obama Administration didn’t give some waivers somebody thought they could get from (EPA administrator) Pruitt and so for the years ’13 and ’14 they are going back and giving those waivers.”

Reuters reported the story of EPA administrator Scott Pruitt granting the retroactive waivers. Grassley says this is another case of what he calls “detractors” from keeping Pruitt in the position and says he needs answers on paper about them.

Grassley says if he doesn’t get the answers on the items he requested from the EPA head, “then I think it is time for Pruitt to go.”

Iowa’s other Senator, Joni Ernst, issued a statement on the issue saying “Pruitt needs to understand that his actions to continue to grant waivers, now retroactively, to oil refineries is undermining the Renewable Fuel Standard — a program that Administrator Pruitt told Congress he was committed to upholding.”

Ernst a Republican from Red Oak went on to say that the waivers to oil refineries and the delay in on the year-round use of E-15 is undermining the RFS.