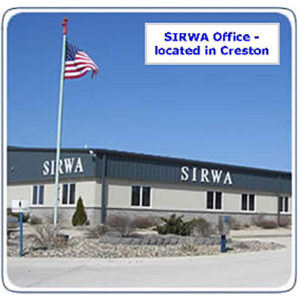 Around 20,000 people in southern Iowa are still without drinkable water after the filtration system at the Creston Water Treatment Plant failed.

Southern Iowa Rural Water Association General(SIRWA) general manager, Dan McIntosh, says a small problem turned big quickly. “We’ve been having some trouble with it, but we’ve been limping through and it finally quit. It’s the membrane system,” McIntosh says. “We just got to the point were we could not produce good quality safe water and we didn’t want to take that chance.”

McIntosh says they are in the ninth year of what should be a ten year life expectancy and they had already talked to the company about replacing the membranes — but now have to do it quicker than expected. McIntosh is not sure when the new membranes will arrive. SIRWA owns 79% of the water plant and the city of Creston owns the rest. Water is pulled from two lakes and treated and sent out to customers or sold to water systems in other communities.

McIntosh says the water can be used for everything but drinking unless it is boiled. “Boil it for at least a minute first — let it cool — and then use it. Anything for human consumption they need to boil it just to be safe,” McIntosh explains. He says the new membranes will cost around one million dollars. McIntosh says they hope to be able to determine why the old membranes gave out.

“We’ve got several engineers looking into this to see what the problem was,” according to McIntosh. “That’s the problem I don’t know, is what caused these membranes degradate as fast as they did.” McIntosh says he won’t even speculate on when they can get the potable water back until he gets more information from the membrane company.

Here are the communities served by the water plant: