You are here: Home / Health / Medicine / Hot enough for you? It’ll get hotter. Tips for surviving summer 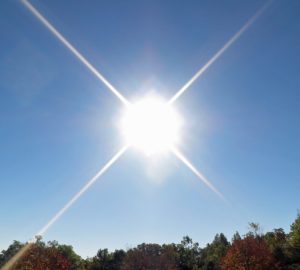 After a long winter, a short spring and now an early summer, today is Heat Awareness Day in Iowa, according to meteorologist Kelsey Angle, at the National Weather Service.

Angle says, “This is the day that we want to take some time to review the safety tips in regards to heat and safety as we head into the heart of summer.”

We’ve already seen record high temperatures well into the 90s and since summer doesn’t officially arrive until June 21st, a quick review may be helpful.

“We do know it will get hot again and the humidity will also increase, and with that, the impacts will increase, especially for those who will be working outside during the summer,” Angle says. “Also, it’s to bring awareness that you don’t want to leave children or pets inside vehicles.”

If the outside temperature is 80 degrees, in 10 minutes the temperature inside the vehicle will be near 100 degrees, and in an hour, near 125 degrees. Last year, 42 children died from being left in hot vehicles nationwide. So far this year, there have been seven such deaths.

If you’ll be outside during any of the upcoming heat waves, he offers some suggestions.

“Drink plenty of water, take frequent breaks to cool your body down, wear light-weight, loose-fitting, light-colored clothes to reflect the sunlight and keep your body cool,” Angle says. “You also want to make sure pets and livestock have access to water.”

He suggests checking on your friends and neighbors, especially the elderly, to make sure they’re doing okay.

Heat is one of the nation’s leading weather-related killers, resulting in hundreds of deaths each year and even more heat-related illnesses.