You are here: Home / Health / Medicine / Psychologist: ‘No one is immune’ from lure of suicide, rates rising in Iowa 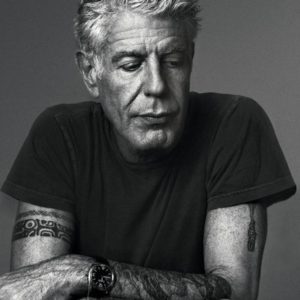 Two high-profile celebrity deaths this week have vaulted suicide back into the headlines, as suicide rates in Iowa are rising. TV chef Anthony Bourdain and fashion designer Kate Spade reportedly took their own lives.

Dr. Jonathan Sikorski, a psychologist in Omaha-Council Bluffs, says Spade was known to have depression, anxiety and may’ve been bipolar, all of which can be treated.

“Bipolar, absolutely, depression, absolutely, you have that chemical imbalance but really, when it comes to suicide, no one is immune,” Dr. Sikorski says.

Suicide is the second leading cause of death for Iowans between the ages of 15 and 34. A report from the Centers for Disease Control finds the suicide rate in Iowa rose more than 36% between 1999 to 2016.

Sikorski says to be watchful of certain signs in friends, co-workers and loved ones.

“If you see them all of the sudden talking about how they feel like they’re being a burden to others or they have pain they feel is just unbearable or they, all of the sudden, start giving things away,” he says, all could raise a red flag.

Sikorski says people can sometimes be pushed over the edge without being clinically depressed or suffering from other mental health issues.

“There’s always that risk that you have this right combination of little sleep and just life stressful events,” he says, “that no one’s really above being in that point of desperation.”

Sikorski, who works at the University of Nebraska Medical Center in Omaha, says if you believe a friend or family member is at risk, you should sit down with them and have a talk.

“One of the best things you can do is just straight-up asking them,” he says. “Say, ‘I know you’ve been feeling really low and having a hard time. Do you feel safe? Have you thought about hurting yourself or others?’ Talk to them about if they have any reason to live. A lot of times when people are really down, they’re like, ‘I don’t want to be here but I have my kids.'”

On average, one person dies by suicide in Iowa every 20 hours. For help, contact the Iowa chapter of the American Foundation for Suicide Prevention.