You are here: Home / Crime / Courts / Hawkeye wrestler undergoing treatment after being shot in the knee 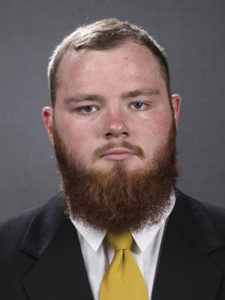 A University of Iowa wrestler is being treated after being shot in the knee early this morning.

An Iowa City police department spokesman says 22-year-old Sam Stoll was taken to University Hospitals at 4:37 this morning for treatment of a non-life-threatening gunshot wound to his knee.

Sergeant Derek Frank says several people were at an Iowa City residence when someone shot a gun and it hit Stoll in the knee. He says they are still trying to sort out exactly what happened prior to the shooting.

The University of Iowa website shows Stoll is from Kasson, Minnesota and will be a redhshirt senior on the Hawkeye wrestling squad after finishing 5th at heavyweight in the national tournament last season.