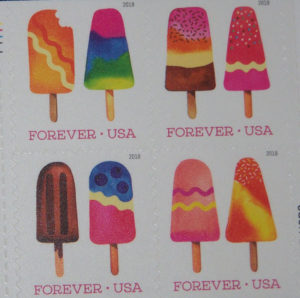 The new scratch and sniff stamps. 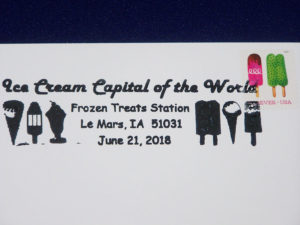 Alt says there’s a simple reason Le Mars was chosen for the unveiling of the new stamp. She says the marketing group in Iowa asked that the stamp be unveiled in Le Mars because it is known as the “Ice Cream Capital of the World.”  Le Mars is home to Blue Bunny ice cream.

The stamp was unveiled Thursday at the Le Mars Post Office along with a special postal cancellation mark  The cancellation says “Le Mars Ice Cream Capital of the World.” Alt says the special cancellation will be used through the month of August. The stamps are the “forever” stamps as issued by the United States Postal Service. Each of the ten stamp designs includes two different treats.