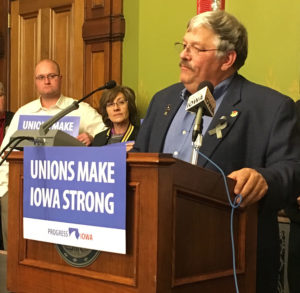 The U.S. Supreme Court’s decision that government employees cannot be required to pay “agency fees” to the union in their workplace won’t have a direct impact in Iowa.

Organized labor has long argued non-union members should pay a fee to cover the costs of representing all workers in contract talks and workplace disputes. But Iowa is a “right-to-work” state, so public and private sector employees have a right to refuse to pay union dues or fees if they are not members of a union.

In 2007, the Iowa Senate passed a so-called “fair share’ bill that would have required non-union members to pay fees for union representation, but the bill stalled in the House.