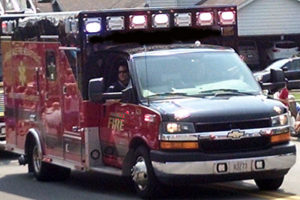 When police arrived at a skate park in Council Bluffs to investigate a reported disturbance there, people and cars in the park scattered. Police soon found the man, who has not been identified, with a seriously injured right hand and minor injuries to his head and shoulder. Authorities say the 26-year-old was sitting in a red Grand Am when the fireworks exploded in his hand.

The driver of the car left and has not been located. Police issued disorderly conduct citations to a 21-year-old man and three juvenile boys and all four have now been banned from the skate park.