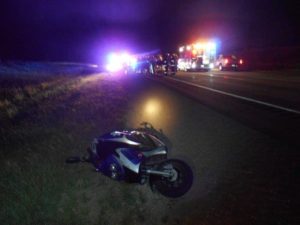 A teenage boy was killed in a hit-and-run crash Thursday night in northeast Iowa.

Fayette County Sheriff’s deputies were called just after 10 p.m. to an area two miles south of Fayette on the report of a moped accident on Highway 150. They say 14-year-old Kaiden Estling of Maynard was southbound on the road when his moped was struck by another vehicle that fled the scene.

The moped entered a ditch and Estling died at the scene. The sheriff’s office is asking for help from potential witnesses in identifying the other vehicle and its driver.