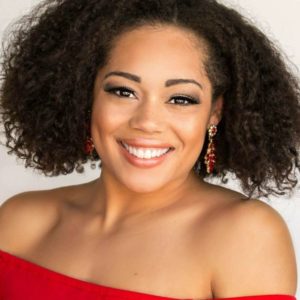 New studies show the suicide rate in Iowa is quickly rising and the newly-crowned Miss Iowa is making suicide awareness her platform.

The former Miss Clinton County Mikhayla Hughes-Shaw grew up in the Quad Cities and admits as a 17-year-old, she had suicidal thoughts.

“My home life was falling apart and so I had a lot more responsibility than I should have as a 17-year-old,” Hughes-Shaw says. “On top of that, there were really rude people at school. I was experiencing bullying and I lost my self-worth in all of that.”

The 21-year-old says her experiences led her to start the group, How About HOPE?, in 2015. HOPE stands for Help Others and Providing Encouragement.

“I was lucky enough to have a support system when I did reach out for help,” Hughes-Shaw says. “Not everybody has that and that’s why I feel like it’s so important for me to talk about these things because there are so many people that feel like they can’t talk about these things because when they do, they’re not going to receive the help that they need.”

Hughes-Shaw has raised funds for research into suicide and other efforts including an awareness walk at the University of Iowa, where she’s a student. Given her background, she says the suicide awareness efforts are very personal.

Suicide is the second-leading cause of death for Iowans between the ages of 15 and 34. A report from the Centers for Disease Control finds the suicide rate in Iowa rose more than 36% between 1999 to 2016. On average, one person dies by suicide in Iowa every 20 hours.

For help, contact the Iowa chapter of the American Foundation for Suicide Prevention.

Hughes-Shaw is a native of Rock Island, Illinois. She was crowned Miss Iowa on June 16th in Davenport and will compete for the title of Miss America in September in Atlantic City, New Jersey.