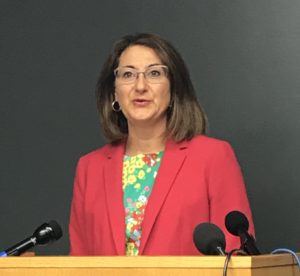 The opposing sides in the abortion debate here in Iowa are offering predictably opposing views on the Iowa Supreme Court’s ruling today that nullified a three-day waiting period for abortions.

Republican Governor Kim Reynolds issued a written statement, saying it is not “unreasonable to require 72 hours for someone to weigh their options.” Fred Hubbell, her Democratic opponent, called the ruling “appropriate.” Planned Parenthood of the Heartland CEO Suzanna DeBaca spoke this afternoon at a news conference organized by the American Civil Liberties Union of Iowa.

“Today’s ruling is a victory and an immense relief for every Iowan who has ever needed access to a safe and legal abortion,” she said, “and for the health care providers who offer that compassionate care.”

“I am shocked that five out of seven of our Iowa Supreme Court judges can read the Iowa Constitution,” Hurley said, “…and then read in an imagined right to kill babies.” 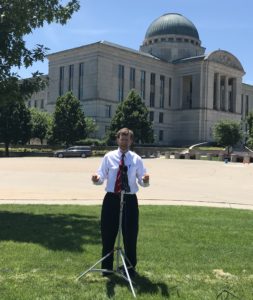 Hurley indicated abortion foes will argue today’s ruling is grounds for asking the federal courts to decide whether Iowa’s new law that bans nearly all abortions is constitutional.

Rita Bettis Austen, the legal counsel for the ACLU of Iowa, said their lawsuit challenging the state’s new six week abortion ban is based on how the state constitution’s written, not the U.S. Constitution, so it can’t be moved to federal court.

The importance of today’s ruling on the three-day waiting period cannot be overstated, according to Bettis Austen.

Iowa Supreme Court Chief Justice Mark Cady was the author of today’s opinion. Cady wrote that “autonomy and dominion over one’s body go at the very heart of what it means to be free.” Hurley, the legal counsel for The Family Leader, argued Cady ignored another freedom, the freedom to be born.