You are here: Home / Fires/Accidents/Disasters / Through first half of year, at least 140 killed on Iowa roads 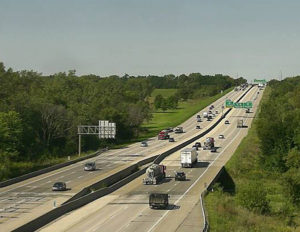 At least 140 people have died in traffic crashes in Iowa through the first half of the year.

Governor’s Traffic Safety Bureau Chief Patrick Hoye says that compares to 138 traffic fatalities over the first six months of 2017. “We’re seeing a lot of similar trends. The numbers are unfortunately very close and we always hope for a decline as we progress every year, but it looks like this year we’re pretty much mirroring last year,” Hoye says.

According to statistics compiled by the Iowa DOT, just under 32-percent of the motorists killed in crashes in the state this year were not wearing seat belts. “We truly believe if we can get Iowans to buckle up, you will see a reduction in the fatalities,” Hoye says.

A survey conducted last year found only nine-percent of Iowans don’t buckle up when they get in a car. “For a state with an almost 92-percent seat belt compliance rate…to see the numbers of fatalities not buckled, that tells you that seat belts truly do work,” Hoye says.

Iowa’s highways and interstates will become more crowded soon, raising the risk for more crashes. “July, August, and September are typically our three highest fatality months in Iowa and across the nation,” Hoye says. “Higher traffic volumes certainly contribute to that, vacations, kids are out of school now…so traffic patterns go up. Unfortunately, we see a higher risk of impaired driving during those months too.”

Last year, there were 113 people killed in traffic crashes in Iowa between the months of July and September.