You are here: Home / News / Grassley encouraged by diplomatic exchanges between President Trump and Mexico’s next leader 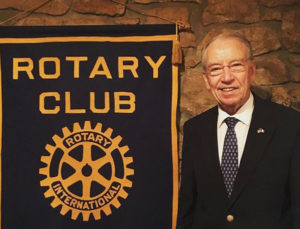 Senator Chuck Grassley says he hopes the North American Free Trade Agreement is renegotiated before Mexico’s new president is sworn into office December 1st. On Sunday, populist Andres Manuel Lopez Obrador became president-elect of Mexico by winning a four-way race with more than half the vote.

“On the surface, I would be very pessimistic,” Grassley says, “but I think I have seen this guy who is very left wing campaign in a different way than he did when he lost the elections in 2006 and 2012.”

Lopez Obrador is the author of the book titled “Listen Up, Trump” and during the campaign, he vowed that Mexico would not be the U.S. president’s piñata. But this week, Trump and Mexico’s next president have engaged in polite, diplomatic statements about one another. Grassley suggests that’s progress.

“I’m very hopeful that there’ll be good communication between the United States and Mexico,” Grassley says. “And I hope, even before he’s sworn in, we can get a new NAFTA agreement.”

Representatives from the U.S., Canada and Mexico have been negotiating since last summer, but the deal is not done. Grassley made his comments Monday after a mid-day speech to Webster City’s Rotary.