You are here: Home / Agriculture / Study: Chinese tariffs on soybeans to have only minimal impact in Iowa this year 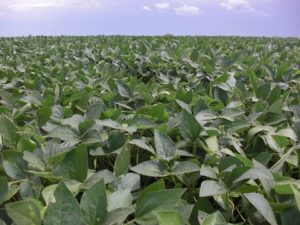 Iowa farmers are seeing soybean prices drop to the lowest level in a year, after China threatened a 25% tariff in response to threatened U.S. tariffs.

Purdue University Agricultural Economics Professor Wally Tyner says his research shows any tariff imposed by the Chinese would have only a minimal impact on producers in Iowa and elsewhere for at least a year.

“They buy their soybeans from us after our harvest in the fall through spring and then they buy from Brazil after the Brazil harvest in the spring until fall,” Tyner says. “So, they’re going to buying Brazilian soybeans anyway between now and fall.”

The end result, he says, would be a very small impact between now into 2019 because Brazil wouldn’t have time to react and increase its supplies.

Soybean prices as spiraling downward and Tyner has an explanation.

“Psychologically, markets overreact,” he says. “You’ve seen it over and over again, but they’ll come back.”

Tyner says if the tariffs last for more than two years, producers would feel a much larger impact.