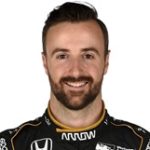 James Hinchcliffe passed Josef Newgarden with 45 laps remaining to win Sunday’s Iowa Corn 300 at the Iowa Speedway. It was the second time the Canadian took the checkered flag at the Iowa Speedway and comes in a season in which he failed to qualify for the Indianapolis 500.

“This is such a good feeling after what happened in May”, said Hinchcliffe, during an interview on NBCSN. We knew we had it in us.”

Hinchliffe also won at the Iowa Speedway in 2013 and it is his first IndyCar victory since Long Beach in 2017. Spencer Pigot finished second and Takuma Sato was third.