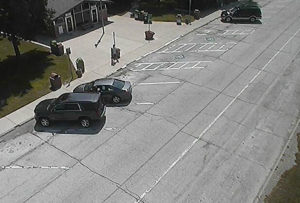 Iowans are letting the DOT know what they think about a proposal to close down some state rest stops.

The leader of the DOT Highway Divisions, Mitch Dillavou, updated the Transportation Commission this morning. “We are getting a lot of comments — and that’s good,” Dillavou says.

The DOT released a draft plan last month that ranked the 38 full-service rest areas and listed 11 that could possibly be closed in the next 20 years. The agency asked for public input on the idea and Dillavou says so far, most people don’t like the idea of closing any rest areas.

“I would say that there’s a lot of support to keep ’em. Both from the trucking industry to people driving — even my own personal side of it. People like the convenience of the rest areas,” according to Dillavou. The proposal has gotten a lot of attention since it was first revealed by Radio Iowa and other media.

Dillavou made his comments after being asked about the issue during a workshop with the Transportation Commission prior to their regular meeting in Ames. “I thought we had a pretty laid out plan, it’s not that we are just going to go in and shut down all of these rest areas. We have the truck parking component to put in there too,” Dillavou says. “I would say there is a lot of support to keep the rest areas open.”

Commission chair John Putney of Gladbrook says he’s heard from a lot of people about the plan. “I think this is a very sensitive issue — not only from a public relations standpoint, but from a political standpoint,” Putney says. “I think this is something we have to have a very hard look at.”

Putney says he’s also heard a lot of support for the rest stops.”Some of the rationale I think has been that now we have all these truck stops and so on. People have told me, ‘you know when we travel we don’t stop at truck stops. We look forward to stopping at bonafide rest stops that we’ve created,'” according to Putney. “Like I said, I think it’s just something that needs a lot of hard study.”

The DOT plans to continue taking public input through September of 2019. A study on the availability and need for truck parking will be done by that time and will be used along with the public comments to determine how the DOT will proceed with the rest stop proposal.