The final goodbye to former Governor Bob Ray began today with a procession from a Des Moines funeral home. Groups of people from businesses along Grand Avenue came out and stood in the heat to watch the motorcade go by with the hearse carrying the casket. 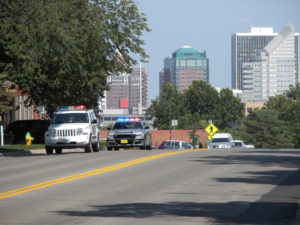 The vehicles slowed slightly as they passed Terrace Hill, the governor’s mansion that the Ray’s were the first to occupy as the official residence. 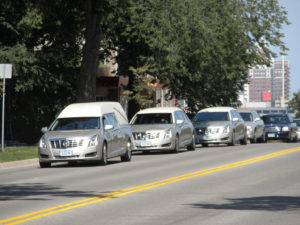 The motorcade goes by Terrace Hill, the governor’s mansion that was first used by the Rays.

From Terrace Hill the motorcade moved on to travel by Drake University and past Roosevelt High School, where the Rays graduated. It will go past Des Moines City Hall where Ray served as interim mayor. 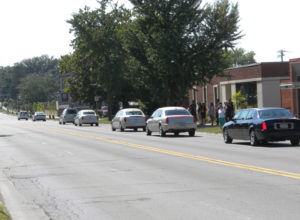 The motorcade will end up at the Iowa State Capitol, where Ray served 14 years as governor. His body will lie in state and the public can file by the casket starting at 5:30 p.m.