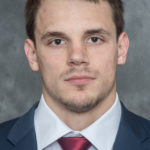 The Davey O’Brien Award is given annually to the nation’s best quarterback and is named after the 1938 Heisman Trophy QB from TCU.

Kempt, a former walk-on, emerged as ISU’s starter in the fifth game of the 2017 season and directed the Cyclones to a victory in the Liberty Bowl.

Kempt was 5-3 as a starter, including two wins over top-five opponents (Oklahoma, TCU).