You are here: Home / News / Rabbits, dogs, cats and other animals removed from Sioux City apartment 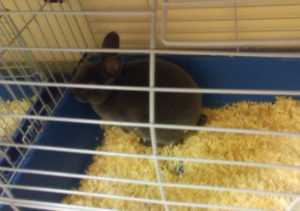 Animal control removed 30 rabbits and other animals from a Sioux City apartment.

Sioux City police found dozens of animals in an apartment after being called to a home early Monday morning for a disturbance.

Police spokesman, Lieutenant Chris Groves says they arrested 18-year-old Dane Rolfes of Sioux City and charged him with aggravated assault for allegedly shooting Alain Martinez multiple times with a BB pistol, and then kicking him in the face.

Court documents say the two men had gotten into an argument about an animal cage Rolfes claims was his. Police officers found a wide variety of animals running freely about the apartment and called in Cindy Rarrat from Animal Control.

“The conditions were not good. This was probably a 600 square foot apartment and there were animals that were stacked, many, many animals at this location, Rarrat says. 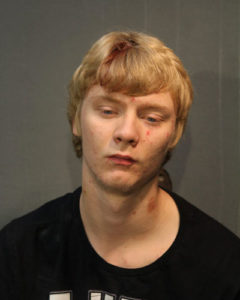 She says there were all types of animals. “There’s three dogs, cats, gerbils rabbits, a turtle in the bathtub, rats, mice, things like that,” according Rarrat. They removed 30 rabbits from the apartment, and there were also chickens, birds, goldfish, iguanas and a snake in the apartment. Rarrat says many of the animals were in good shape despite the crowded conditions.

“There was food that was there — but the conditions, there were so many in such a limited space that it became overwhelming and overpowering — and some of the animals were thin,” Rarrat says.

Alain lives in the apartment, but it is not clear if he owned all the animals. The animals were surrendered and have been put up for adoption.