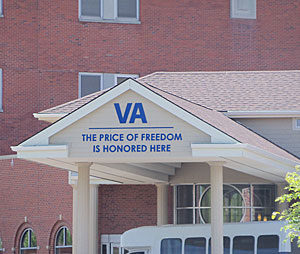 After years of trying to fix critical problems in many of the nation’s Veterans Affairs hospitals, Iowa Senator Chuck Grassley says confirming Robert Wilkie on Monday as the new VA Secretary is a big plus.

Grassley, a Republican, says Wilkie has proven himself as being a supporter of whistleblowers and he doesn’t retaliate against those who speak out when there’s trouble. “Respect for whistleblowers, because we wouldn’t have known anything about everything that was happening that was so tragic down in Arizona four or five years ago if whistleblowers hadn’t of come forward.”

A report issued earlier this month found almost 700,000 veterans were waiting more than 30 days for appointments at VA facilities, while 76,000 veterans had waited more than six months. Only the Pentagon is larger than the VA, so in a bureaucracy of that size, Grassley says it can be a difficult process to identify and remove people who are part of the problem.

“When things are wrong, if heads don’t roll, nothing changes,” Grassley says. “It’s going to be easier under existing law for the VA to fire people, so when something’s wrong, you send a real strong signal if you fire people.” In a news release, Grassley says, “Wilkie has dedicated his life to defending and serving his nation as a member of the armed forces and a distinguished public servant.”

The Choice program that was set up in the VA in 2014 isn’t working the way it should, according to Grassley, and he trusts Wilkie to make the needed corrections. “Getting that straightened out so people can have access to private medical care when the VA can’t deliver it within 30 days for a non-emergency situation ought to be a top priority,” he says.

Wilkie becomes the fourth VA secretary in five years. The inspector general’s report found more than 23-hundred job openings in VA clinics nationwide. In recent years, some officials in VA hospitals were accused of falsifying wait times and at least 40 veterans died while waiting for care. A VA report released in June found the suicide rate among veterans in 2011 was 16 per day, while now, up to 20 veterans take their own lives each day.