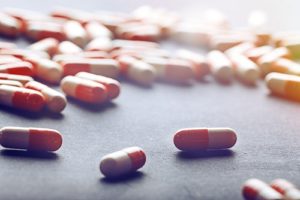 Iowa State University will be the “virtual” home for a national effort to coordinate research of drug-resistant “super bugs.”

Paul Plummer of Iowa State University’s College of Veterinary Medicine has a doctorate in veterinary microbiology. He’s been part of a task force that’s worked for the past three years to develop the plan for the Institute for Antimicrobial Resistance Research.

“A virtual institute that would call together and work to collaborate between multiple research institutions, stakeholders, commodity groups and health folks in different areas,” Plummer said, “that being human health, animal health and environmental health.”

ISU is providing office space and information technology services for the institute. Iowa State and the University of Nebraska together will provide more than half a million dollars a year for the project in each of the next three years. Plummer said the goal is to pool resources and spark a team-oriented approach to the research that’s going on around the country.

“So that we’re not all doing our own thing in separate areas and we can utilize each other’s experience and success to synergize the research efforts and try and move forward faster in our research,” Plummer said.

According to the Centers for Disease Control, about two million Americans are infected each year with bacteria that do not respond to antibiotics and at least 23,000 die each year as a direct of the infection. The new ISU institute will focus not only on “super bugs” that impact humans, but the drug-resistant bacteria that impact animals and the environment.