You are here: Home / News / Opening the door for a woman, sexism or just being nice? 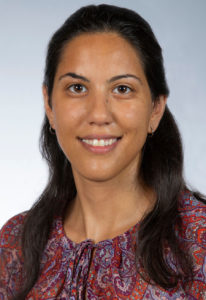 An Iowa State University study finds if a man opens the door for a woman while on their first date or offers to pay for dinner, some women admire that behavior, while others find it insulting.

Pelin Gul, a social psychologist and postdoctoral researcher at ISU, is the study’s lead author. Gul says some women find men who make those gestures more attractive, even though their actions may also be seen as “benevolent sexism.”

“Women might perceive these men more likely to be patronizing and undermining,” Gul says, “however, because these behaviors imply willingness to protect, provide and commit, it is an important mate preference for women. That’s why they find these men more attractive.”

The results of the study may appear contradictory, Gul admits, and it sends a very mixed message to men about how they should behave.

“Men are kind of in confusion,” Gul says. “They want to appear polite. They want to appear benevolent to women, but at the same time they are worried that they are going to come at girls as sexist if they do those gestures.” Much of the research was done while Gul was studying at the University of Kent in England. She says the work confirmed women prefer men to be benevolent, but contradicting previous assumptions, they found women also recognized the potential harm.

“If men know that women desire these behaviors when they are searching for a mate, men acting out those gestures could increase their chances of finding a mate,” Gul says, “however, they should be aware they are likely to be perceived as undermining.” Gul is a native of Istanbul, Turkey, and has studied at several universities around the world. Being new to the United States and Iowa, Gul was asked what her perception is when people hold the door for her as she’s entering or exiting the buildings on the Ames campus.

“Honestly, I haven’t had much experience with doors held for me, not because people don’t hold the doors — they do — but I haven’t had much social interaction here, especially in summer, I don’t see many people around.” She says other studies have found that women tend to prefer men who make these gestures, and note that women aren’t aware of any negative consequences of men’s attempts at kindness.