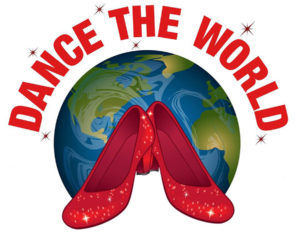 A dance team from central Iowa will perform in Times Square in New York City tonight along with about a thousand other young dancers from across the country.

Becky Harfst, with The Dance Connection in Webster City, says it’s part of National Dance Day and it’ll start with an intensive training session. “They are going to take a Disney on Broadway Movement and Music Workshop, working with professionals to learn songs and dances from the musical, ‘Frozen,’ which just opened this spring,” Harfst says. They will have a rehearsal in Times Square in the afternoon and then at 7 o’clock, they’ll be performing.

There are 23 dancers from central Iowa on the trip. When all of the studio’s instructors, family and friends are added in, the total number on the trip is around 55. The dancers’ experience won’t be limited to the Times Square event.

“On Sunday, they will take a master class from Lindsay Arnold, she is from ‘Dancing With The Stars,” Harfst says. Harfst believes her group is the only one from Iowa appearing in the event. The Times Square performance will be live-streamed at the “Dance the World” Facebook page, beginning at 6 P.M. Central time on Saturday.