You are here: Home / Crime / Courts / Man in critical condition after shooting in Sioux City 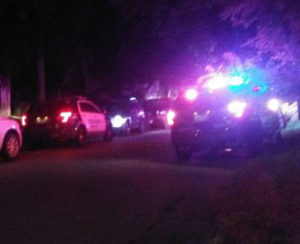 Sioux City police are investigating a shooting that left a man in critical condition.

Sioux City police are investigating a shooting last night that sent one man to the hospital. Sergeant Jess Aesoph says officers responded to a call of shots fired around 10:20 p.m.in the Greenville area of town.

He says they found a man who had been shot and the man was taken to the hospital. Aesoph says they are still interviewing witnesses to try and determine what happened.

The man was shot in the head and was found sitting in his car, which had struck a tree. Police say he is in critical condition. A house nearby was hit by gunfire, but police say no one in the house was injured.