You are here: Home / Education / State sales tax holiday is Friday and Saturday 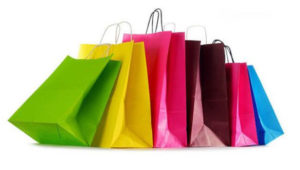 Iowans can save some money if they’re doing back-to-school shopping this weekend — or for themselves if they don’t have kids — with the annual Sales Tax Holiday.

John Fuller, spokesman for the Iowa Department of Revenue, says this is the 20th year for the holiday, which runs Friday and Saturday. “A couple of things to keep in mind are, it basically covers clothing and footwear that are less than $100,” Fuller says. “So, if you buy an article of clothing or a pair of shoes that costs less than $100, that’s tax-free during those two days.”

There’s an online resource that should clear up all questions. Fuller says, “If your listeners go to tax.iowa.gov and look for the bright shopping bags, that webpage has a lot of information as well as a big list that says what is exempt and what is taxable.”

Decorah Area Chamber of Commerce executive director Kristina Wiltgen says this holiday is particularly important for communities on Iowa’s northern border. Wiltgen says, “Anytime you can give retail store customers an incentive to stay local to do their shopping that’s obviously a huge benefit, especially with our proximity to Minnesota, which is always tax-free on their clothing.”