You are here: Home / Crime / Courts / Communities preparing for National Night Out 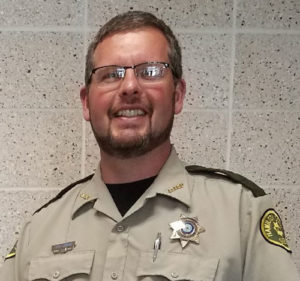 More than four-dozen Iowa communities will be taking part in next week’s National Night Out.

The events are always held on the first Tuesday of August. Hamilton County Sheriff Doug Timmons says it’s an effort to foster relationships between law enforcement and the towns they service.

“This is community-based policing to get people to come out and see who we are, see that we’re everyday citizens,” Sheriff Timmons says. “Come and look at our stuff, come and have a quick meal. We have games for the kids, handouts for the kids. We have blue light bulbs so people can help support us. We’ll have a lot of fun activities and a lot of donated stuff.”

The National Association of Town Watch launched the event in 1984 and now thousands of communities nationwide take part every year. Matt Peskin is the event’s national project coordinator. Peskin says, “On this night, people go outside with their neighbors and local police and they host block parties, cookouts, parades, festivals, all different types of things to get people out, meeting their neighbors, meeting local law enforcement, and hopefully strengthening crime prevention and safety in their areas.”