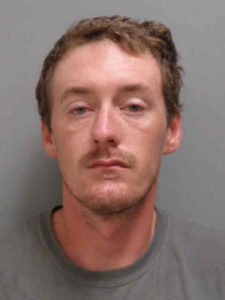 Authorities have identified a body found along a gravel road in Lee County and have filed charges in the case.

“While the investigation is still ongoing, based on the facts and circumstances that we have at this point, we thought that it was warranted to charge him with leaving the scene of an accident resulting in death,” Rahn said. It’s unclear exactly how or when Alvarado died.

“That’s what we’re waiting to find out, through the autopsy…that will assist us in determining the cause and manner of death,” Rahn said. The autopsy is scheduled for Tuesday. Rahn refused to say if the victim and suspect knew each other or if Hamann may have intentionally struck Alvarado with a vehicle before leaving the scene.

“We don’t want to speculate. The autopsy will help with that,” Rahn said.

Hamann turned himself into the Lee County Sheriff’s Office on Sunday, according to a news release.