You are here: Home / Sports / Athletes advised to have a ‘hydration strategy’ in fall practices 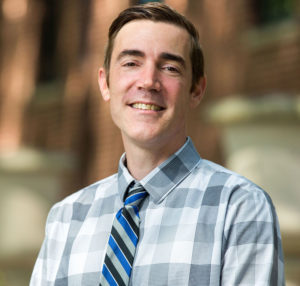 Most high school football and cross country teams started practices this week and coaches are being reminded to make sure their athletes are drinking plenty of water.

James Lang, an Iowa State University assistant professor of kinesiology, says having a “hydration strategy” is critical to keeping kids safe. He says that strategy should include liquids 2 to 3 hours before practice.

“That could be a 16-ounce glass of water and then, during a practice session, having a strategy to be drinking maybe every 15 to 20 minutes during the practice,” Lang says. Lang advises coaches to be proactive about hydration, rather than reactive.

“The best index for them is going to be body weight. That’s something a coach can easily incorporate with an athlete,” Lang says. “Weigh yourself before practice and weigh yourself after – and essentially, try and drink back that weight lost. So, for every pound lost, that would be about 16 ounces of fluid.” In addition to plenty of water, Lang suggests coaches give athletes time to acclimate to the heat by scheduling practices in the early morning or evening and – for football players – limiting pad use in the first week. Lang says the warning signs of dehydration can be subtle, but generally include a dull headache, dizziness or nausea.

“That can progress to vomiting, more severe headaches, and at that point you’re starting to get into heat exhaustion, but also borderline heat stroke,” Lang says. According to Lang, coaches should require athletes to take water breaks, rather than simply making water available.