You are here: Home / Agriculture / Farm loses not always the worst thing for owners 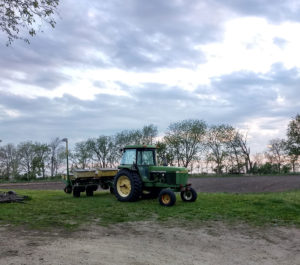 A new study from the U.S.D.A. finds many farms in Iowa and elsewhere are losing money every year, but agency economist and study co-author David Prager says there are a few key variables that impact the bottom line.

“Looking at traditional measures of farm income might suggest that a household is better off not operating that farm at all,” Prager says, “but once we include some of these other economic benefits of owning a farm, it makes economic sense for them to continue.” The report finds there are about two-million households that operate farms nationwide and about half of them are losing money year after year.

Prager says farmers can make financial moves to off-set those losses, while losing money on the farm can actually help with taxes. “A household can reduce their taxable income by offsetting their nonfarm income with the farm loss,” Prager says. The report shows the smaller the farm operation, the greater the chance of it losing money. Still, Prager says farmers find ways to stay afloat.

“They tend to have off-farm income that they can use to cover expenses,” he says. Prager says the value of farm assets typically goes up every year and farmers can borrow money against those assets. The agency report found some people farm to supplement their incomes while others press on because they simply enjoy the profession.