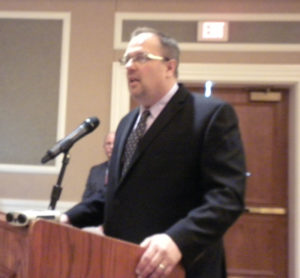 The long legal battle between the nonprofit license holder Missouri River Historical Development (MHRD) and the company which operated the former Belle of Sioux City riverboat casino is now over.

The opposing sides have filed a joint dismissal of a lawsuit and counter lawsuit in Des Moines. MRHD President Dakin Schultz says his group is ready to put the dispute behind them. “We are pleased to see this legal battle come to an end. It gives MRHD and opportunity to continue focusing on making the lives better of the residents of Woodbury County,” Schultz says.

Penn National Gaming, which owned the Belle had sued MRHD for breach of contract in 2012, alleging that MRHD sought to replace the casino with another operator before their 20-year contract expired. Each side will pay for their own legal expenses. The lawsuits had been scheduled to go to trial next month, but Schultz says a May ruling found two issues with the Belle’s lawsuit and MRHD’s counter lawsuit.

The judge ruled MHRD had the right to look for a new casino operator, but the judge also dismissed the group’s counter claim. “It’s safe to say that’s what brought about the dismissal,” Schultz says. Penn National eventually lost out in its bid for a new land-based casino in Sioux City. MRHD now partners with Sioux City Entertainment, which won the land-based license and operates the Hard Rock Hotel and Casino.