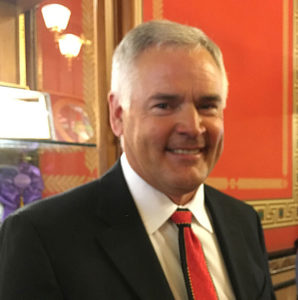 The husband of Governor Kim Reynolds is recovering after an overnight emergency surgery.

Kevin Reynolds was suffering from stomach pain, according to the governor’s office, and was taken to the hospital. Doctors determined he had appendicitis. The state’s “First Gentleman” had surgery to remove his appendix.

Kevin Reynolds retired in March of last year after 36 years working as a soil conservationist and district conservationist for the U.S. Department of Agriculture. The two married in 1982 and have three daughters.