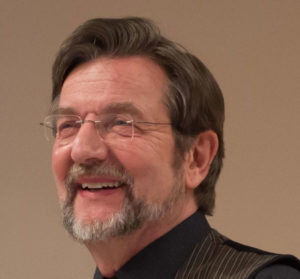 The music and poetry of best-selling Iowa author Robert James Waller is the subject of a presentation this weekend.

Scott Cawelti is a retired professor from the University of Northern Iowa who played in a band with Waller from 1961 to 1986. Cawelti says he never would have predicted his friend would make it big in 1993 with the novel, “The Bridges of Madison County.”

“Actually, I was in Germany at the time when it hit the best-seller list and I could hardly believe it,” Cawelti says. “I could recall those songs and I remembered that in a couple of those songs he referred to the very same plot of ‘Bridges of Madison County.’ It was on his mind for most of his adult life, this idea of finding the love of your life and then losing the love of your life.”

Cawelti says Waller had aspirations but was rejected when he took his songs to Nashville. “He had an ambition, he wanted to be a songwriter and he was actually quite a good songwriter, I thought,” Cawelti says. “His songs are poignant, moving, complex, dark, deep, all of that. His songs were not the kind of thing popular songs are made of but I find them really interesting and really beautiful, actually.”

Cawelti says Waller wrote at least a half dozen other novels, a couple of non-fiction books and published some collections of essays. “He was a prolific writer but the one he was most known for, the one the whole world knows about is, of course, ‘Bridges of Madison County,’ about finding this amazing love that changes everything,” Cawelti says. “Once you fall in love like that, you never fall in love again, that’s the idea anyway.”

Waller was born in Charles City and grew up in Rockford, Iowa. He died in March of 2017. Cawelti will give his presentation at 1 o’clock this afternoon at Mulberry Center Church at Wilson Brewer Park in Webster City.