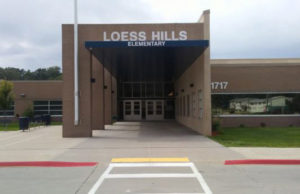 An elementary school in Sioux City that’s focused on digital literacy has been selected as the “blueprint” for launching similar programs in other schools.

“They focus their energies around computer coding and computer science,” Gausman says. “And we were honored when we were notified by the governor that they were going to use Loess Hills Elementary as a template for the ‘Computer Science Is Elementary’ (program) across our state.”

Reading, math, science and social students are still the core subjects taught at the Sioux City elementary school, but computer coding is emphasized in each subject.

“To engage students in the way that they’re learning…so their literacy skills, their math skills grow,” Gausman says.

Officials from elementary schools around the state may submit applications for the “Computer Science is Elementary” grants. The grant money will come from private-sector donations. Principal Financial Group, MidAmerican Energy, Rockwell Collins and Kemin Industries already have pledged 175,000. Principal executives say they’ll lead the effort to raise the other $275,000 for the initiative by the end of this year.