You are here: Home / Sports / William Penn and Morningside clash in early opener 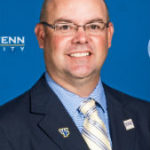 William Penn and Morningside spent much of the off season searching for an opponent to fill out their schedules so it only made sense to play each other. They will meet Saturday in Sioux City in the season opener for both.

Hafner says playing one of the best N-A-I-A programs in the country will benefit them down the road. The Statesmen have become consistent winners under Hafner but the goal this season is to improve upon last year’s 7-4 record.

“You know we have been 7-4 the last four years in a row and I think our kids have really bought in to improving”, added Hafner

Lofty expectations are nothing new for Morningside under coach Steve Ryan. The Mustangs have won seven straight Great Plains Athletic Conference titles and have qualified for the N-A-I-A playoffs 14 straight times. They enter this season ranked third.

“I always feel it is always good to open your season with a quality team and that is what we have done”, said Ryan. “Our guys know William Penn is an outstanding football program and they need to be ready.”

The Mustangs have an experienced team led by senior quarterback Trent Solsma, who passed for more than 4400 yards and 55 touchdowns a year ago. Ryan says the defense must be assignment sound against William Penn’s triple option attack.

“Number one is they want to beat you up front”, added Ryan. “Number two is they really play on your discipline and your ability to keep your eyes right and stay with your assignment. It is really important for our guys to be locked in and ready to go.”