You are here: Home / News / Iowa native’s documentary film is up for an Emmy (audio) 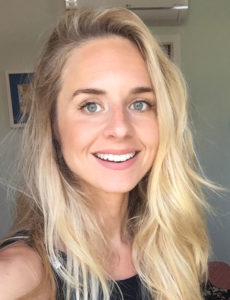 An independent filmmaker from southeast Iowa is nominated for an Emmy Award for her nine-minute documentary and she’s up against some of the top names in the business.

Cameron Mullenneau, a Fairfield native who now lives in California, wrote, produced and directed “Angelique,” a film about a straight-A high school student who was homeless. “The story is very hopeful,” Mullenneau says, “because she has such drive and resilience and she will do whatever it takes to break free from that cycle of insecurity and live the life that she really wants.”

Angelique lived in a car in North Carolina with her mother — who has challenges with mental illness — as well as her grandmother and a dog. Still, the 16-year-old excells academically, participates in theater and other extracurricular activities — and keeps her family life secret from everyone at school. Eventually, we learn Angelique has won a full-ride scholarship to UCLA to study theater and psychology.

In the category of “Outstanding Feature in a News Magazine,” there are five entries this year: Mullenneau’s, and entries from NBC, ABC, “60 Minutes” and “20/20.” She sees it as something of a David-and-Goliath battle, knowing victory is possible but unlikely.

Mullenneau says, “I’m not expecting to win going up against such bigwigs, but you never know.” The mass media company Condé Nast funded Mullenneau’s film for Glamour Magazine and posted it online last fall. The company owns magazines like The New Yorker and Vogue. The 32-year-old Mullenneau says she’s very grateful.

“I’m an independent filmmaker. I’m not backed by corporate money and that sort of thing,” Mullenneau says. “Condé Nast really took a risk in partnering with me on this project. I’m a first-time female director, so it’s really exciting that they were able to open this opportunity for me.” If she wins the Emmy, there’s no cash prize, just a nice statue for the mantel — and plenty of “street cred,” she says, something on which there is no price.

“I think it’s going to be helpful as I continue,” she says. “I’m working on a new project and I just released my first feature film. I think it only helps if you can say you’re an Emmy-nominated filmmaker.” The awards will be held October 1st in New York.