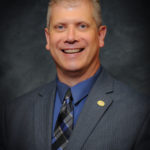 College basketball may no longer be using a Ratings Percentage Index to help determine which teams make the NCAA Tournament but the R-P-I is coming to high school football and for the first time since district football was installed all nine games will count toward the playoffs. Todd Tharp of the Iowa High School Athletic Association says three factors will be considered.

The new system means non district games will be part of the equation and teams will not be penalized for playing teams from smaller classes. The plus/minus 17 point rule will also no longer be used. Tharp says the R-P-I will be posted on the association website the week of September 10 and will be updated weekly.

“So you will be able to see who has the highest R–P-I and who has the lowest depending upon what class they are in.”

Tharp says the R-P-I will be used to determine at-large bids and winning or sharing a district title will get a team into the playoffs automatically.