You are here: Home / Crime / Courts / Psychologist: Blackouts after trauma are real, but rare 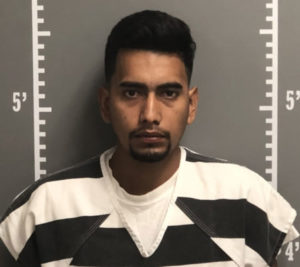 The man charged in the murder of Mollie Tibbetts near her Brooklyn, Iowa, home reportedly told investigators all about the incident — but claims he blacked out during the actual attack. Some question that part of the suspect’s story.

Dr. Jonathan Sikorski, a psychologist in Omaha, says amnesia does happen in those circumstances, but it’s unlikely.

“They’re in the realm of possibility but they’re pretty rare, about 0.2% of the population,” Doctor Sikorski says. “It’s a pretty common claim after there’s been a murder or a big tragedy.”

Twenty-four-year-old Cristhian Rivera is charged in the killing of Tibbetts, a University of Iowa student who was reported missing more than a month ago.

Agents say Rivera confessed to following and confronting Tibbetts as she jogged, but then says he got angry and blacked out, coming to later in his car — with her bloody body in the trunk. Authorities say Rivera led them to the hidden body in a Poweshiek County cornfield.

After providing that much detail, why won’t he discuss the alleged murder? Sikorski says forensic psychologists may be able to jar Rivera’s memory.

“They’ll have techniques through interviews and they can do some types of psychological testing, but mostly through interviews that they can get to the bottom of that,” Sikorski says. “It’s sometimes a common claim after activities like this or events like this. They have ways of parsing it out.”

Sikorski says true amnesia is exceptionally rare and it’s unclear what may be going on in Rivera’s mind.

“A lot of people will claim amnesia or they blacked out,” Sikorski says. “Some people will drink heavily and then say they can’t remember what happened, impaired judgment, things like that. It’s hard to know.”

Rivera’s bond is set at $5-million.

Sikorski is a professor in the Psychiatry Department at the University of Nebraska Medical Center in Omaha.