You are here: Home / Outdoors / Survey finds good pheasant numbers in most of the state 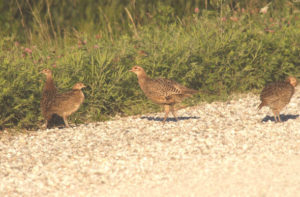 The state’s pheasant population is expected to be up when hunters take to the fields, despite up and down spring weather this year.

Iowa Department of Natural Resources wildlife biologist, Todd Bogenschutz says the results from the roadside survey show an uptick in numbers. He says he put the numbers into the weather model he uses and that showed stable to increasing numbers — so it was a “pleasant surprise” to see the numbers up. Bogenschutz says most regions of the state had more birds out and about when the survey took place.

“Last year they came out about 15 a route and this year were 21 — so about a 39% increase,” Bogenschutz says. “You know we had a fair bit of snow in northwest and north-central and the counts didn’t change up there, they are basically the same. The rest of the state saw some pretty nice increase, anywhere from 30 to 100 percent.” The birds are counted in the morning when the dew is on the grass and they come to the side of the road to dry off. Bogenschutz says the lack of dew through off their count last year and they had to adjust it.

“Counting conditions were much better this year, so that could be part of the increase…I think there’s probably a few more birds than what we counted last year. But, even if I tried to account for that as best I can, I think our counts still went up this year, even if I tried to kind of fix last year,” according to Bogenschutz. The bird counts lead to an estimation that hunters could take 250 to 300,000 roosters this fall.

“You know it’s our second best count in the last 10 years,” he says. “It was 2015 when we were a little bit higher than we are this year. And that was our best harvest in about the last 10 years — best harvest and most hunters. So, I think we should probably see an uptick in both hunters and harvest this fall.” The pheasant season opens October 27th and runs until January 10th.