You are here: Home / Sports / Class 4A powers set to collide at Drake Stadium

“When I walked out of the locker room the first time at Valley Stadium in 2005 the roar of the crowd was like nothing I had experienced as a high school coach”, said Dowling coach Tom Wilson. “That’s my first memory as a participant.”

Valley won five state titles between 2002 and 2011 but it is the Maroons who have been on a run as of late having won five straight 4A state championships. But even during the streak this series has remained competitive. 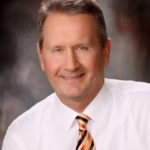 “You know in this five year run we have beaten them twice in the regular season”, said Valley coach Gary Swenson. “We just did not get to the return matchup because somebody eliminated us along the way.”

Both teams opened last week with wins but they will know a lot more about themselves when this game is over.

“The nice thing is for each team is it is not do or die it is just week two”, added Wilson. “Both of us want to win a rivalry game like this but sometimes the team that has won this game has not always ended up at the top at the end.”