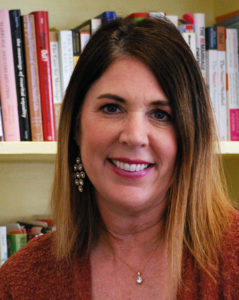 Children of divorce are less likely to earn a four-year college degree or beyond, according to an Iowa State University study co-authored by ISU sociology professor Susan Stewart.

The study found 27% of children with divorced parents had a bachelor’s degree or higher, compared to 50% of those with married parents. One of the more likely reasons for the findings, she says, is simply financial. “After divorce, incomes go down and it takes a long time to recover that and sometimes, parents never recover that loss in income,” Stewart says. “They might have saved for college for their children, but then that money might get eaten up when the parents have to pay for the divorce and form a new household.”

The study looked for any differences in outcomes when the child was under 18 versus over 18 at the time of the divorce and found no variation. “Divorce, whether in childhood or young adulthood, has long-lasting effects on childrens’ lives,” Stewart says, “even into their late adulthood.” With the divorce rate continuing to hover around 50% of all marriages, Stewart says the impact on a child’s higher education is undoubtedly being felt in the bigger picture of the workforce.

“Getting a college degree has become pretty much a requirement for getting a job and reaching the middle class,” Stewart says. “Increasingly, a graduate degree is important even for relatively low-paying fields like social work and education.” A federal report predicts jobs requiring a master’s degree are expected to grow by nearly 17% between 2016 and 2026. The ISU study is being published in the Journal of Family Issues.