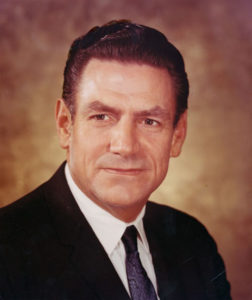 A traveling exhibit on called “Spirited: Prohibition in America,” just opened at the State Historical Museum in Des Moines. The exhibit chronicles the years when alcohol sales were forbidden across the county.

Iowa Department of Cultural Affairs spokesman, Michael Morain, says they are holding some companion events that explore the history of alcohol in Iowa. The first one is September 13th.

“There’s a lunch and learn session with a historian name Jerry Harrington from Iowa City. And he’s going to talk specifically about Governor Harold Hughes, he crusaded for the liquor by the drink law….but his personal story is interesting as the governor himself was a self-decribed recovering alcoholic,” according to Morain. Harrington will talk about the fight to change that law that dominated state politics until 1963, when Hughes finally got the change passed by the Iowa Legislature.

“He took a stand that said if we’re going to have this law we need to enforce it, but if we are not going to enforce it we need to get rid of the law,” Morain says. “So, his personal story intersected with Iowa politics in a dramatic way, in an interesting way in the 1960’s.” That event is from noon until 1 p.m., Thursday, Sept. 13th at the State Historical Museum of Iowa.

There are two more alcohol-themed events planned. They will screen the film on October 4th called “Whiskey Cookers.” It’s a documentary about the Templeton bootleggers. And the third event is an after-hours event called “History on the Rocks” that will discuss prohibition. They will have some special guests.