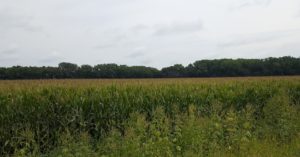 The use of a pesticide recently banned by a federal judge has already been declining for 20 years. But one researcher says chlorpyrifos could still have long-term health effects in Iowa. Some scientists have linked the pesticide to nervous system damage.

Ralph Altmeier is with the Iowa Center for Agricultural Safety and Health. “Over long-term it has some effect on the human nervous system. I wonder what I’ll experience in another 10 or 20 years because I used some of those same chemicals,” Altmeier said. “Some of that neurotoxin effect is cumulative and non-reversible.”

In August, a judge ordered the Environmental Protection Agency to ban the pesticide. Altmeier believes his father may have developed nerve damage from chlorpyrifos. “His toes would burn, and that’s perhaps a result of chronic exposure to this,” Altmeier said. “That’s not life-threatening, but it was uncomfortable for him at times. So, there could be some long-term chronic effects that are just showing up now.”

Chlorpyrifos is used on corn, soybeans and other crops. According to federal data, its use has been dropping off since 1994. But farmers in the Upper Midwest used it more than any other region.