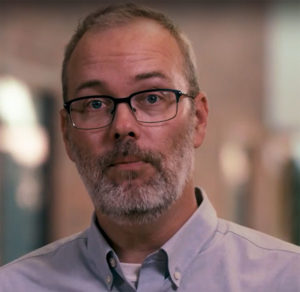 The inaugural set of polling data focuses on voter attitudes toward President Trump, immigrants and professional football players who kneel during the National Anthem. Peter Hanson, a political science professor at Grinnell College, said the nation’s divided and the college wants to help voters understand why.

“Just like everybody else, we’re really, deeply interested in understanding this political moment,” Hanson said during an interview with Radio Iowa.

The polling was conducted over the Labor Day weekend. Hanson says students got to dig into the data in their Tuesday morning classes.

“Reviewing these numbers just as soon as they came in from the field…for students who study politics, that’s incredibly exciting,” Hanson said. “It gives them just an incredible opportunity to study first-hand what’s happening with American voters.”

The survey found 36 percent of the likely U.S. voters surveyed would definitely vote to re-elect President Trump, while 43 percent definitely would not.

“We’re very far out from the election, but that finding that only 36 percent of Americans would vote to reelect him really got our attention,” Hanson said. “…The president’s approval among suburban women, which is a group he’d won previously, has fallen…Among independents, their feelings toward the president have grown more sharply negative than positive.”

Trump still has steady support from rural voters, white men without college degrees and voters who identify as “evangelicals” according to the poll.

About a thousand adults around the country were surveyed over land lines and cell phones. The Labor Day weekend polling occurred just a few days before the NFL’s regular season kicks off tonight. The poll found 71 percent of Americans have strong views about players standing during the National Anthem, but they’re evenly divided — along party lines. Thirty-five percent of U.S. voters surveyed strongly believe players should stand and 36 percent strongly believe players should be able to kneel.

“We thought that the NFL protests might cut across voters through different lines,” Hanson said, “…but, in fact, this is just another issue in our partisan debate.”

“What we really noticed about those questions is that there was really robust, bipartisan support for immigration to the United States,” Hanson said.

Seventy-seven percent of those surveyed said legal immigrants are doing jobs in American that need to be done. A fourth question asked about immigrants who entered the country illegally.

“We asked whether voters believed undocumented immigrants committed violent crime at a higher rate than native-born citizens,” Hanson said. “A minority of voters said the answer was, “Yes,’ but again, a majority said, ‘No.'”