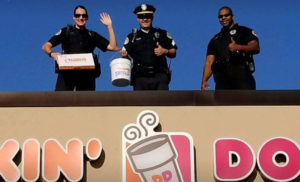 “We’re so excited to be partnered with the Special Olympics to be raising money for all of the athletes,” Hansel said. She spoke with KCRG-TV during last Friday’s annual event.

“People come through the drive-through or the store, we ask for any kind of donation…in exchange, we’ll give you a free coffee or iced-coffee and all of the money is going to Special Olympics,” Hansel said.

Officials announced Monday that in the past four years, the event has raised over $75,000 for Special Olympics Iowa.