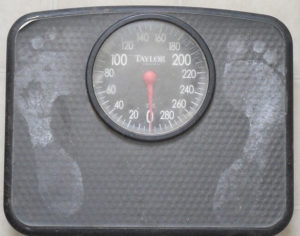 A national report shows the obesity epidemic is worsening in Iowa and across the country.

Iowa now ranks as the fourth worst state in the U.S. with an adult obesity rate of more than 36%. Nadine Gracia, executive vice president of Trust for America’s Health, says no states improved on their obesity rates since 2016 and several, including Iowa, saw rates increase.

“Everyone has a role to play,” Gracia says. “It really requires a multi-sector approach where we can look at how do we ensure there are further investments in programs and policies that help to improve access to healthy and nutritious foods as well as encouraging and supporting physical activity.”

More than one in three Iowa adults is now obese. Only three states have adult obesity rates higher than Iowa on the report — West Virginia, Mississippi and Oklahoma. Colorado has the lowest obesity rate, followed by the District of Columbia and Hawaii. Gracia says the leaders of Iowa’s cities and counties need to work with state and federal governments in finding ways to address obesity, which she calls a serious health consequence.

“That could be, for example, health departments, in working with transportation officials and community designers to ensure communities have neighborhoods that are walkable and bikeable,” Gracia says. “Or that schools where meals are served to children, that those meals are healthy and nutritious.” In 2016, Iowa ranked 12th nationally in obesity rates with 33.4 percent.

Now, the state is the 4th worst in the country with a jump of three full points to 36.4%. Growing evidence suggests certain prevention programs can reverse trends, but Gracia says we won’t see meaningful declines in obesity rates until they’re more widely implemented.

“We know what works, policies and programs that help to promote access to healthy and affordable foods that are nutritious, as well as being able to engage in regular physical activity,” Gracia says. “They really help to promote obesity prevention and have sustained impact.”

The report says obesity is a problem in virtually every city and town and every income and social sector. Obesity drives an estimated $149 billion annually in health care spending, and another $66 billion in lowered economic productivity. Also, one in three young adults is ineligible for military service, owing to being overweight, posing a national security vulnerability.