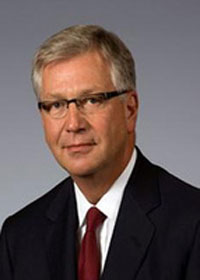 The Iowa Board of Regents will ask the governor and lawmakers for an additional $20 million in state funding during the next legislative session and also plan to make annual increases in tuition at the three state schools.

Board president Michael Richards told the board at their meeting Thursday they have to start taking an overall view of the four areas that are used to fund the three state universities. “State appropriations, savings and reallocation, tuition and research and funding from both public and private sources. One thing that has become clear — I believe strongly that we cannot continue to look at these segments of funding individually,” Richards says. He says they have to find a way to use all the sources to provide the funding to maintain the quality of the three state universities.

“Our universities have saved or reallocated more than 125 million dollars in the last decade,” Richards says. “The board’s and our university presidents take this seriously. And our enterprise has made great strides in this area. This is a priority and we must and will do more with savings and reallocations in the future.”

Richards says they will also have to ask students to pay more. “At our November meeting we intend to discuss a multi-year tuition model with a baseline percentage increase for resident undergraduates for the next several years — starting with the 2019-2020 academic year,” Richards says.