You are here: Home / News / Man believed to be homeless accused of killing ISU student and golf star 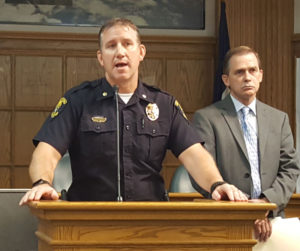 A homeless man who police say was living in a wooded area near the Iowa State University campus is now held on a $5 million bond, accused in Monday’s murder of an ISU student on an Ames golf course.

Twenty-two-year-old Collin Daniel Richards is charged in the slaying of 22-year-old Celia Arozamena. Ames Police Commander Geoff Huff says officers were called to the golf course after an unattended golf bag was found on a fairway. Staff at Coldwater Golf Links found a body in the water of a pond near the Number 9 teebox around 11 A.M. 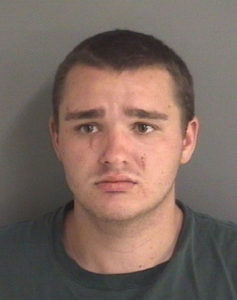 “Officers did locate a body in the water and she was identified as Celia,” Huff says. “She had been stabbed in the upper torso, head and neck.” In their immediate hunt for a suspect, police located a witness nearby. Huff says, “During a search of the wooded area next to the golf course, officers located a subject who spoke of another individual living in the wooded area who had made statements about having an urge to rape and kill women.” That person was able to direct police toward the homeless camp and identified Richards.

“We got a dog from the Boone County Sheriff’s Department who also tracked a scent from the victim to the location in the wooded area,” Huff says. “Around 2 P.M., officers were in the area of the camp when they encountered Coilin Daniel Richards. Richards had several fresh scratches on his face consistent with a fight and he was attempting to conceal a laceration on his left hand.”

Police say they collected evidence from Richards, including a backpack that contained two pairs of shorts with blood on them and a knife. Huff notes Arozamena had been golfing alone and he put out a warning for concerned students. 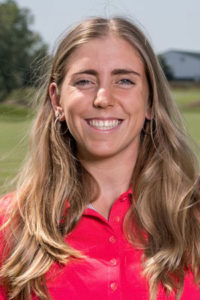 “These incidents are obviously rare but I think it is best to take precautions,” he says. “Travel in groups. Be aware of your surroundings and report suspicious activity to your local police department.” The victim was a native of Spain and was near completing a degree in civil engineering.

Arozamena had been a star golfer on the ISU team and was named the Cyclones’ Female Athlete of the Year for 2018. She had used up her eligibility in golf and was still working on completing her degree.

The Iowa State women’s golf team has withdrawn from competition at the East & West Match Play in Ann Arbor, Michigan. The Cyclones won their semifinals match of the championship bracket yesterday with a 3-2 victory over Oregon State, and were scheduled to face UC Davis in the finals today.

The team has returned to Ames to be with friends and family to grieve the loss of their former teammate Arozamena.